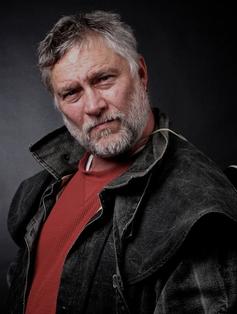 If you want to see more recent works, browse my Portfolio.

Jeffrey Keith Filipski was born in Buffalo, N.Y. on May 23, 1956. The son of a police officer, he grew up around the steel and chemical plants of South Buffalo. He served 4 years as a Navy Seabee immediately after high school. Jeff received his BFA from the State University of New York at Buffalo in 1985, majoring in Oil Painting with a minor in Art History. Filipski apprenticed with printmaker Mikulas Kravjansky in Ft Lauderdale, Florida, between 1987-1989. He was an active member of the performance art group EBMA (East Buffalo Media Association) from 1985-1992. He was subsequently a featured artist in the PBS documentary IN WORD OUT (Slipstream Press 1991) and had both his artwork and poems published in many underground magazines, including Non-Compos Mentis, MIPO, The Hold, Thunder Sandwich, Woodenhead, White Light, Burnt Orphan, and Fubbles. After relocating to Melbourne, Florida in 1993, Filipski continued building his extensive portfolio, won several local awards for his paintings and has displayed his artwork in many galleries. Most recently he has shown at EGAD ArtLab and Off Center Art Center, where he is currently one of the artists-in-residence.
Jeff Filipski works mainly in acrylics, oils, and mixed media and has a style likened to Abstract Expressionism and Dada. He likes to refer to it as a marriage between Franz Kafka and Frank Zappa.

Jeff Filipski  has a BFA from SUNY at Buffalo and has been a Melbourne resident for 20 years. He works mainly in acrylics, oils, and mixed media, often on large canvases, and has a style likened to Abstract Expressionism and Dada.